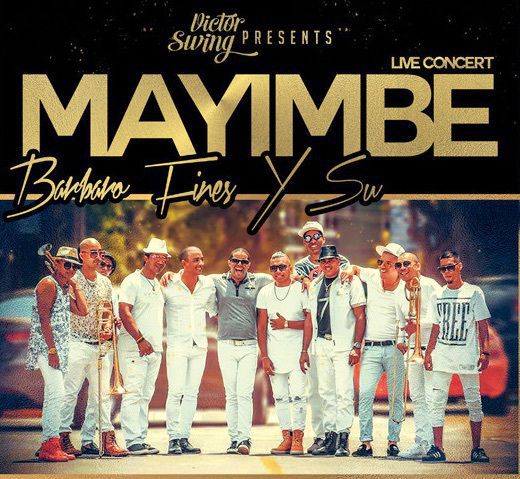 In January 2010 Barbaro Fines Fortes, a Cuban pianist residing in Lima, Peru, decided it was time to start his own band. Barbarito, as he is known to his fans, had previously worked with a number of famous bands in Cuba - Bakuleye, La Charanga Forever, Alain Daniel, La Rebambaramba, Moneda Dura, Issac Delgado, Paulito F.G, La Caro Band and in Peru with Los Conquistadores de la Salsa. Lima has always been an important center of Timba, but the Peruvian-based bands had experienced limited international success, perhaps due to the difficulty of the Cuba-centric nature of timba fans, and perhaps because most bands focused on doing covers of timba hits rather than developing original material.

Lima, with it's seething timba scene, devoted timba fan base and mix of Cuban musicians and timba-playing Peruvian musicians was ripe for the picking. Barbarito built up a repertiore of original material composed and arranged by himself and brought together a mix of Cuban and Peruvian musicians to perform it. After four months of intense rehearsals Mayimbe was born on May 29, 2010. Barbarito's music was an instant hit in Peru, and when the demos reached Europe, they became a popular part of the DJs playlists. In 2011 Mayimbe released their first CD "De La Habana a Perú" and again achieved instant success. In 2012 they did their first European tour followed by their first US tour in 2013 where the debut concert at Cafe Cocomo was packed and the band proved that they are the genuine article with a show that left fans gasping for breath.

Mayimbe has worked hard to break down the prejudices faced by any timba band not coming out of Havana, and they have been extremely successful. They are one of the busiest bands in Lima and have proven themselves to both the European and US audiences. BFM toured in 2015 in September and October 2015 succesfully Europe, with an extensive 23 dates tour. In March and April 2016 they retured to Europe , back by popular demand presenting their brand new album 'Te Vi Nacer' and realising over 18 concert dates, all succesfully attended . In the stretch from 20th of April until lateJune they will return yet another time to Europe.