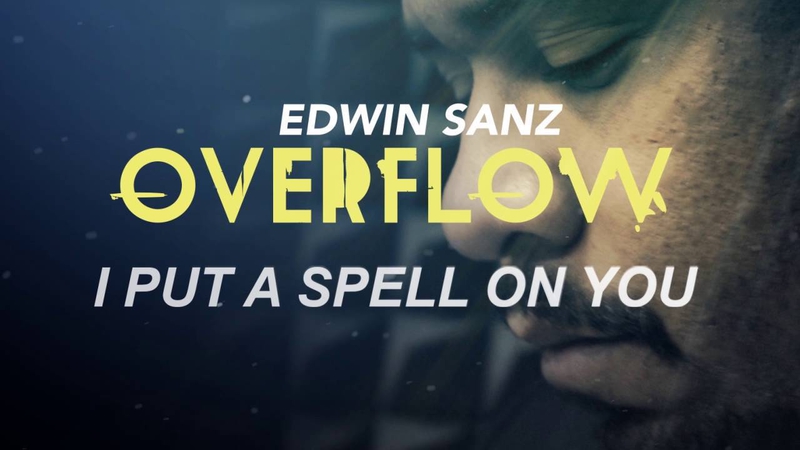 "Overflow" is a no-messin' record of punchy salsa married with gospel vocals and Latin-funk grooves. Showcasing a wealth of international influences and guest performers, it's a super soulful set packed with with Edwin's heavy brass section.

Unapologetically polished, it manages to retain a fiercely fresh and authentic sound. Highlights include a high octane salsafied version of Screaming Jay Hawkins's 'I Put a Spell on You' (co-produced by Alex Wilson) and a renewal of Fred Hammond's gospel classic 'We're Blessed' led by Nicky Brown from the London Community Gospel Choir.

Many Latin fans will be aware of Edwin's many successful years as conguero with European based Mercadonegro who Edwin continues to tour with playing on Latin stages across the continent. Yet his career as a solo artist and touring musician is less well known. In 2012 he travelled the globe with Rodrigo & Gabriela as part of their Cuban Area 52 project. In 2014 his band were named as 'Best Latin Group' at Glastonbury Festival and the same year they worked the crowd at Montreux Jazz Festival – both shows were part of a tour to support his debut album 'San Agustin'. He's performed and recorded with a diverse set of world renowned artists including Adalberto Santiago, Africando, Gypsy Kings, Jose Alberto Canario, Isaac Delgado, Richie Ray & Bobby Cruz and Malia yet its tight relationship with friend, mentor and long-time collaborator and world music composer, producer and pianist Alex Wilson that has been so integral to his transformation from immigrant session musician to European bandleader.

"Overflow" is a modern salsa record created in Europe. Sanz marries his Venezuelan roots with European influences in an original work that features international musicians from diverse backgrounds. By doing so, he fosters a cultural exchange where cultures and experiences collide and grow. Something he has been doing all his life.